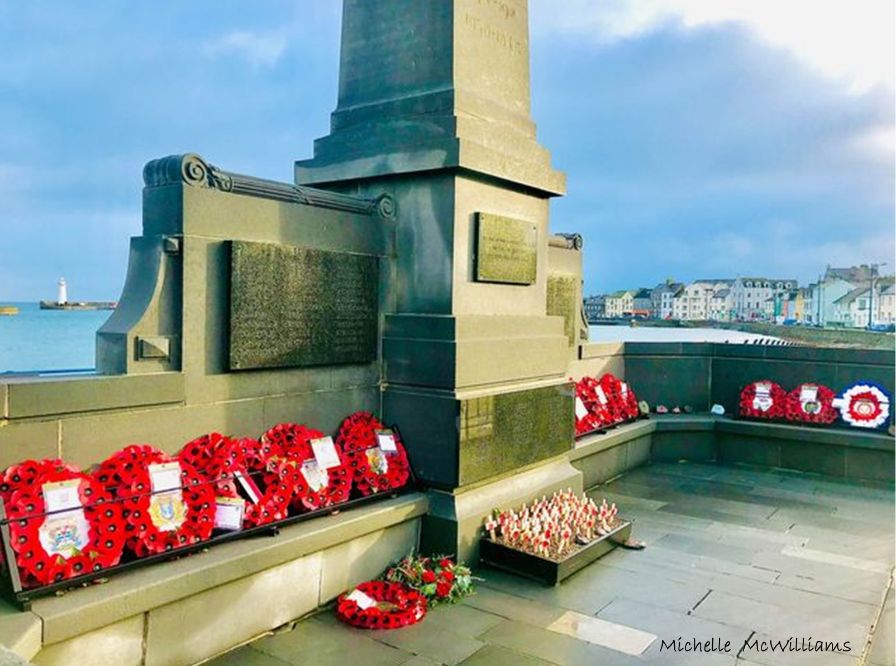 The winner of Donaghadee’s November photography competition was Michelle McWilliams with her photo of the town’s War Memorial. Michelle is pictured here receiving a £50 voucher for the Bull & Claw Restaurant from this month’s guest judge Mark Brooks, President of the Rotary Club of Donaghadee, Carol Day of the Community Development Assocation and staff from the Bull & Claw

Speaking after the presentation Michelle said “The competition called for the photograph which reflected Donaghadee in the month of November. In December our focus is very much on Christmas but in November we tend to reflect on the courage and sacrifice of our service personnel and I felt that a photograph of the war memorial against the backdrop of the lighthouse was most appropriate”

Mark Brooks, President of the Rotary Club, said “There was stiff competition but the judges thought that Michelle’s photograph was the best. It scored highly with all judges and was the stand out winner. Michelle has captured the subject matter very well and with a nice balance of colour. Lovely to see our town bathed in sunshine in the background. Well done Michelle.”

The competition is organised by the Donaghadee Community Development Association. Carol Day of the Association explained “We are aware that there are a lot of amateur photographers in the town and we thought this competition was a good way of encouraging them. In each month’s competition we are looking for photographs which capture a particular aspect of life in Donaghadee in that month. The winning photographs will feature in a 2022 calendar which we hope to have available in November of next year”

Entries for the December competition are now being accepted. The rules and how to enter are available at the Association’s website visitdonaghadee.com/donaghadee-photograph-competition/