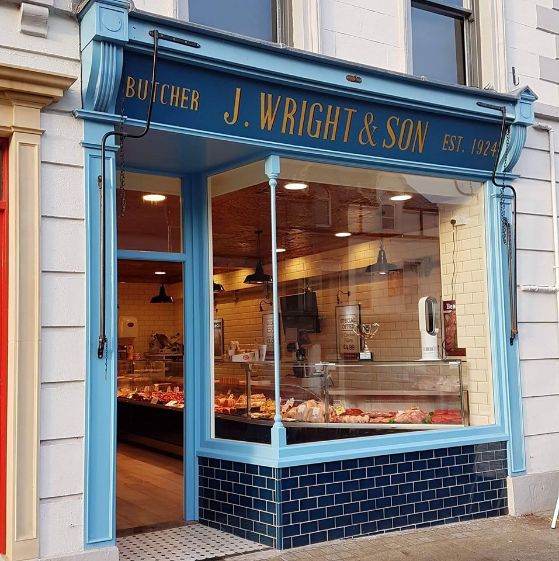 The business was started in 1924 by Thomas Cooper, All livestock was purchased locally. Tommy’s two sons followed him into the business, and George cooper inherited it in 1957. Joe Wright started his apprenticeship in 1961, he left and went to Canada in 1970 where he worked in the meat trade until 1974. Upon the sudden death of George Cooper, Mrs Cooper agreed to sell Joe the business. He returned and took over in July 1974, where he continued to carry on the high standards set by his predecessors. Joe’s son Simon came into the business in 1987 and took over the shop in December 2007, Joe continues to take a keen interest in all that goes on.

Visit us on Facebook
We use cookies on our website to give you the most relevant experience by remembering your preferences and repeat visits. By clicking “Accept All”, you consent to the use of ALL the cookies. However, you may visit "Cookie Settings" to provide a controlled consent.
Cookie SettingsAccept All
Manage consent