Donaghadee Community Development Association has organised a concert in support of the Mayor’s Charities – the Donaghadee Heritage Preservation Company and Peninsula First Responders.  The Concert will be held in Donaghadee Golf Club on Saturday 12th March and tickets, priced at £10 each, are available from 1st March and can be purchased from the Club or from Dunn’s Footwear.

The concert features Diamond Dave, an experienced singer/entertainer with a vast repertoire of songs at his disposal.   The first half of the concert will feature songs across a wide spectrum and the second half will focus on songs made famous by Neil Diamond.   facebook.com/DiamondDaveEntertainment/

John Caldwell, Honorary Secretary of the Association explained “We are all very aware of the work which Mark Brooks does across the Borough and in Donaghadee in particular.  His fundraising efforts on behalf of these two local charities have been hampered by the pandemic and we felt this concert was an appropriate way for folks to show their support for Mark and his named charities.”

Councillor Mark Brooks is delighted to support the event.  He said “I am very grateful to the Association for organising the event and to Donaghadee Golf Club for making their premises available.  We have not been able to organise as many events as we would have wished and so we hope to raise a sizeable amount for these two charities who do so much good work in our community” 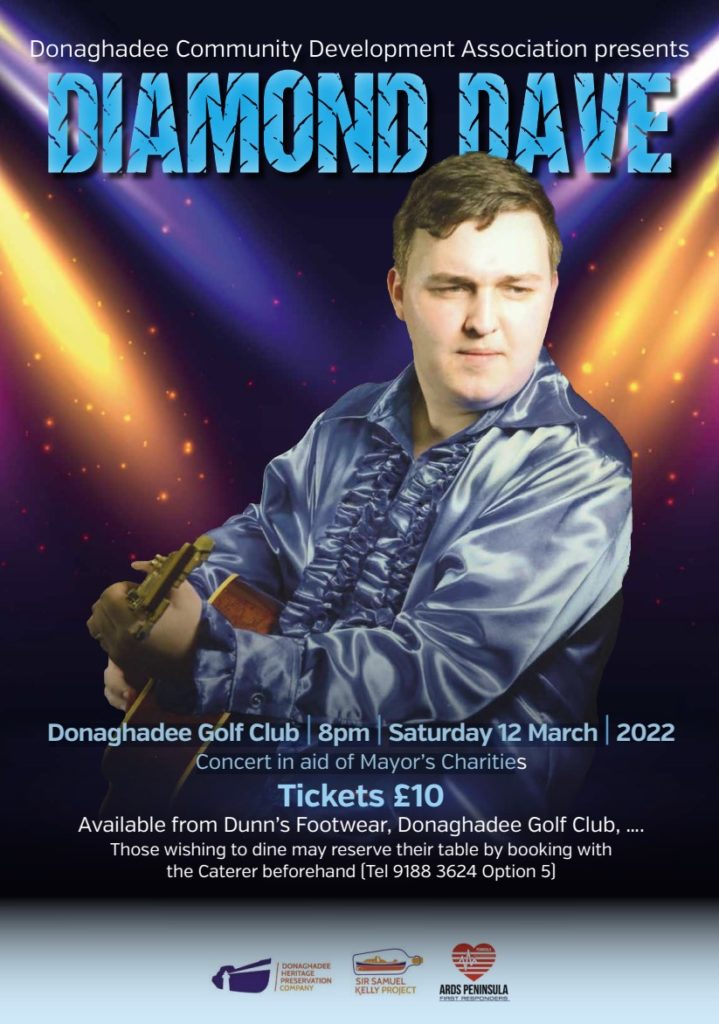